His atoms in delineated circumstances collide or approach sufficiently to form molecules unique, though not impossibly mutually dissimilar, to their precise content and form. Each molecule embodies two or more atoms. Their molecular essence differs from that of their composite atoms-as-atoms when their properties are represented by qualities subject to the senses, whether experienced directly by the senses-in-themselves or indirectly by sense-enhancement technologies only thereafter accessed and evaluated in turn through the senses-in-themselves.

The widened spectrum of the sense-properties of molecules over atoms is a combinatorial power-in-itself, -as-itself and -of-itself. Call this power the power of emergence. Heidegger's molecules are organic. Their essences as-organics instantiate themselves in ur-chains and ur-loops. Ur-chains may be arranged or may rather self-arrange into various quasi-linear structural formations with a privileged-as-endpoint atom at each atom-discontinuation position and time characterized by adjoinment to only a single other atom rather than to two others.

Each simple chain comprises two ends exactly, along with the middle, save for absence of the middle in the two-atom molecule, which is un-organic in spirit if not by convention.

In principle although not invariably, the longer stretches the chain, the more it can do, despite some very long ones which do nothing whatever. Call this power the power of concatenation. The ur-loops gain their particular circuitous-object essence by providing a course around the molecule in either, indeed in both, of the two available directions without any particular and specific discoverable-in-principle terminus-locus which may objectively privilege-as-endpoint itself above any other, before returning along its full periphery to the initial atom-itself, not to admit in this context a different atom merely of the same category-as-atom, if any other such is present, compared in mutual isolation.

Loops, as compared to chains, engender added levels to senses-themselves and may characteristically, but not must invariably, require relatively less axilineal or volumetric extension. Call this power the power of loopiness. The smallest ur-chains and ur-loops are further sequentially assembled into larger entities to form amalgamated chains and loops: each with one ur-another, with their own ur-self-types, or indeed and remarkably with enwreathed ur-loops-within-ur-loops.

Remember the ur-loops-within-ur-loops. This implicates the capacity inherent in chains to converge and conjoin within chains themselves, similar or divergent, which event-type could in any case result in a longer yet still simple chain-itself or else some propeller-like or other multi-spindled oddity, which might or might not exhibit both simple-chain-like and loop-like characteristics and would necessitate new and more inclusive or exclusive and if exclusive, then additional or conditional definitions of chain, end-point, or both. The ur-loops-within-ur-loops remember promise yet even greater things ahead: uber-loops.

As new things-in-themselves arise in consequence, new words must be fashioned in order to delineate precisely the nature of their resulting experiential qualities. Or we may instead re-define old words or hyphenate them newly. We may also hyphenate the new ones. We may do both simultaneously, contingently, consequentially, or inclusively or [exclusively] exclusively merely consecutively, forward or retrograde. Call this power the power of word-power, a power which must be respected.

Now we are unhindered in word-sense. We have accumulated and assembled molecules by powers of emergence, concatenation, loopiness and word-power into a new-name class of material. Its substance-as-usage is necessarily, indeed strictly logically, circumscribed or narrowed by our definitional precision, yet is unrestrained by any narrowness in latitude not always correctly and coherently imputable, nor by any which is invariably consistently and positively non-imputable, to the new-or old-hyphenated-or-both and so forth -words-as-words-in-themselves.

We are unlikely of indisputable reproach. The Question Concerning Heidegger-as-philosopher arises in deciding whether this new-name material is useful. If Philosophy can answer this question clearly and if the answer is positive, then good for Philosophy. If not, then too bad for Philosophy.

Perhaps any advance is already entrained imperceptibly with the numinous zeitgeist. Feb 14, Toon Pepermans rated it liked it Shelves: philosophy-religion. Oct 03, Christopher rated it it was ok Shelves: philosophy. I'm probably a cretin, but I did give it one more star than Being and Nothingness, so there's that.

Such representing counts on nature and takes account of history. Only that which becomes object in this way is --is considered to be Heidegger implies that we lose an authentic way of relating to the world when we objectify nature and history. He characterizes the sciences as mainly viewing the natural world as a nuisance to the construction of theories which scientists can use to predict and control phenomena. Heidegger believes that there were two major epochs that preceded the one we have today. In the Middle Ages, he writes, the world was viewed as the creation of God and as such there was a natural order which everyone was assumed to fit into.

Before that, there was the Ancient era, which Heidegger thinks is best expressed in Western civilization with the early Greeks. Heidegger writes that in early Greek thinking, people had a more caring and naturing view of phenomena, in awe of their place in the natural world. The Greeks, according to Heidegger, exposed themselves to "[t]hat which is Heidegger sometimes vacillates in his advocacy between approaching the world as the Greeks once did, which he thinks was a better way, and, alternatively, in assuming that there is nothing that can be done, and instead we just need to sit on our hands and hope that this technological age will lead into something else.

I don't necessarily subscribe to Heidegger's perspective on the three epochs, nor do I prescribe to the idea that science is inherently corrupting, just to name a couple of issues.


But instead of arguing against Heidegger, better, I think, to let the reader decide for himself or herself what to think about these matters. Feb 23, tout rated it it was amazing Shelves: cybernetics-and-technology. This made much more sense the third time through, and after having had a few discussions with people who have read Heidegger for years. The title essay has a lot of overlap, or one can see links that have been developed from this piece, with Tiqqun, and Giorgio Agamben's writings on apparatuses, critical-metaphysics, and many other concepts.

There's a lot that I still had a hard time making use of or coming close to comprehending, and so I'll probably have to come back to the texts more. I would highly recommend taking notes as a way to process and make sense of it. I did not find Heidegger to be difficult at all. Repetitive, yes. Circumlocutory, yes. Vapid, yes. Challenging the titular essay of this collection, I would like to say that technology is not revelatory in the way Heidegger claims. It is true that technology deals with the real and has concerned itself with functioning in relation to the real —although, only by dismantling it, subverting it, perverting the real, reassigning it to an exploitable position in contemporary illusion— but it never act I did not find Heidegger to be difficult at all.

It is true that technology deals with the real and has concerned itself with functioning in relation to the real —although, only by dismantling it, subverting it, perverting the real, reassigning it to an exploitable position in contemporary illusion— but it never actually reveals reality. If I feel the need to revisit this particular book after that, I will revise this review, as of now, Heidegger is -for me- satirical and farcical.

Oct 16, Michael rated it really liked it. I have taught these essays on several occassions, and I still enjoy reading them. Heidegger displays all that is great and limiting in his philosophy of being in these essays. On the one hand, these are wonderful philosophy vignettes offering great incite into the relationship between technology and thinking.

On the other hand, the limits of Heidegger's thought are also exposed. Being ultimately has a kind of emptiness while useful in bringing us to the meditative limits of technology also leaves us without a constructive alternative. Dec 10, Jeremy rated it it was amazing Shelves: philosophy. These can be very difficult. Heidegger's writing style demands a slow, extremely careful reading, and even after going over a page a few times, your never sure if you've really gotten it. But he makes these chains of super smart observations that just follow one after the other so quickly that it seems impossible to keep up with some times.

Feb 23, Lysergius rated it really liked it Shelves: philosophy. Reading Martin Heidegger is always an adventure. The essays in this volume intrigue, challenge, and baffle. Superficial scanning must be abandoned, this is serious thought. Heidegger's roots lie deep in the Western philosophical tradition, yet his thought is unique in its language, and its expression.

Heidegger has been benefited from an old style European education. He has fused these ele Reading Martin Heidegger is always an adventure. He has fused these elements into a very unique philosophical expression. Aug 04, Kirstian rated it it was amazing. This essay of Heidegger's was mandatory reading for a number of classes i took in Critical theory and philosophy; etc. Oct 20, Theresa Macphail rated it liked it Shelves: theory , technology-studies.

If you're into technology AND philosophy, then you should definitely read this book. This is probably one of the most referenced texts in technology studies and for good reason I personally don't agree with his premises, but found the examination useful nonetheless. 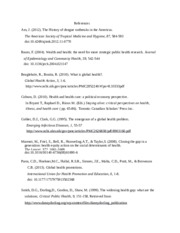 Heidegger explores humanity's relationship to technology here through an analysis of just what the essence of "technology" is. This is heavy stuff for your average reader, but if theory is your thing, then put this on your list. May 03, Erik Graff rated it liked it Recommends it for: Heidegger fans. Shelves: philosophy.

The concentration of the class was on his Being and Time and my comments about Heidegger are to be found there or in the review of his Basic Writings. Oct 17, Blair rated it really liked it Shelves: philosophy , non-fiction. The titular essay blew me away when I was taught it back in the s. These days, I'm surprised at how often it comes up in humanities courses in TA in. Arguing that technology is ontological obviously employs a typically Hiedggerian move, and one that redefined it in a crucial way.


Aug 26, Marc Manley rated it it was ok. For all the rave that modern philosophers give about Heidegger, I found his arguments to not be all they're cracked up to be. Still, it was work reading if you don't mind the overly endulgent writing style [could be due to translation:]. Sep 13, Steve Stanley rated it it was amazing.

Heidegger does a great job of quickly and efficiently explaining technology and tools, then building onto it to consider some major issues on the "evils" of technology. This is a "quick" read, unlike his Being and Time which is a great book as well. I don't normally count books as read unless I've finished them cover-to-cover, but given that I've just spent about 15 hours plowing through the 30 pages that make up the title essay, I'm going to break the rules this time.

Review pending until after my brain starts working again. Nov 28, marked it as references. Introduces the concept of Enframing and how man has reduced the question of Being to his own self-referential bubble bent by technology. Readers also enjoyed. By using our website you agree to our use of cookies.

Other books in this series. Being and Time Martin Heidegger. Add to basket.